Could I Lose a Fingertip on a Theme Park Ride?

While amusement parks bring quite a bit of joy to families every day, these venues have also brought a great deal of hurt into the lives of many of their patrons. According to the International Association of Amusement Parks and Attractions (IAAPA), in 2011, there were reportedly over 1,400 ride-related injuries. 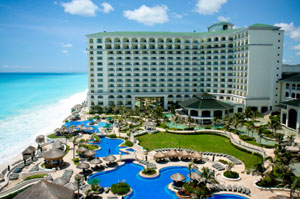 On July 10, a 57-year-old man lost two fingertips on a boat ride at Walt Disney World in Orlando. According to The Sydney Morning Herald, the man, a tourist from the United Kingdom, was riding the Pirates of the Caribbean boat ride at the Magic Kingdom prior to the incident.

The man’s fingertips on the ring and pinky fingers of his right hand were cut off as he was holding on to the side of the boat with his fingertips outside the vessel. After the incident, the man was hospitalized. His fingertips were not recovered.

According to the Herald, the Pirates of the Caribbean ride was closed for a couple of hours after the accident. However, after being deemed safe, it was reopened to park guests later that same day.

Who Can I Call If I Am Injured or Lost a Loved One in a Theme Park Accident?

You and your family go to an amusement park for a day of fun and camaraderie, not to become an accident statistic. If you or someone you love is suffering because of a theme park accident, our qualified and experienced injury lawyers can guide you and your family through the process of holding that park accountable and recovering the money you need for medical bills and living expenses. To learn more or to schedule a free consultation, call us today.