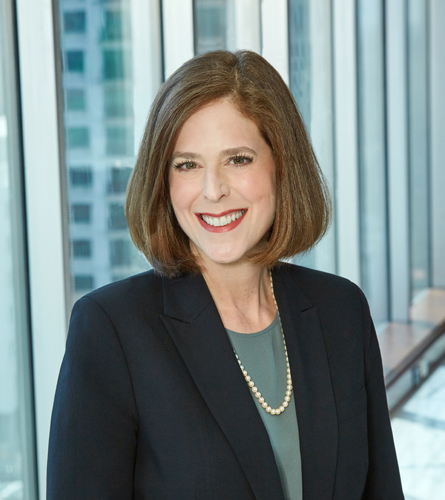 Julie Braman Kane has decades of experience successfully representing plaintiffs in high- stakes litigation. A partner of Colson Hicks Eidson since 1999, she has secured multimillion- dollar verdicts and settlements, including a $38 million verdict in a medical malpractice and drug negligence case.

An AV-rated trial lawyer by Martindale-Hubbell, a Chambers USA Recognised Practitioner, and Top Twenty Women in Law award recipient, Julie focuses her practice on representing plaintiffs in lawsuits when harmed by the negligence of other individuals or corporations. Her practice includes significant personal injury work, commercial litigation, multidistrict litigation and class action work including data breach litigation. She currently serves as Lead and Liaison counsel in the In Re: Monat Hair Products Multidistrict Litigation, on the Executive Committee for Allergan Biocel MDL and on the Plaintiffs’ Steering Committee for the In Re: 21st Century Oncology Customer Data Security Breach Litigation.

She is committed to personal attention and works closely with each of her clients to inform and involve them in every step of their case, assuring they receive the highest quality representation possible.

A champion of civil justice, Julie is a recent past President of the American Association for Justice (AAJ), the world’s largest trial bar and leading defender of civil justice. Her commitment to protecting the right to trial by jury is evident in her more than 20 years of service with the AAJ, where she has also served on the Executive Committee and Board of Governors and has chaired its National Finance Council, Products Liability Section, Women’s Caucus and Diversity Task Force.

In 2012, with voter suppression legislation on the rise across America, Julie initiated and chaired the Voter Protection Action Committee, an election protection program that provides lawyers in all fifty states to protect the rights of American citizens whose access to the polls is otherwise limited. Julie was instrumental in placing lawyers across the country to ensure U.S. citizens’ voting rights were assured and their ballots were counted.

In addition to her national service with AAJ, Julie has served as a Trustee and Co-Chair of the National College of Advocates, on the Board of Directors for the Florida Justice Association, as a Commissioner on the Florida Elections Commission, and as President of the Miami-Dade Chapter of the Florida Association for Women Lawyers.

Julie has earned multiple accolades for her legal prowess, exemplary leadership to the profession, and dedication to the community, consumers and the trial bar. She was recently recognized as a Florida Trailblazer – an elite group of professionals who are innovators and though leaders. In 2017, she was honored with the University of Miami’s Law Alumni Achievement Award as well as Florida Justice Association’s B.J. Masterson award, which honors an attorney epitomizing ethical professionalism in his or her career of practicing law. In 2015, she received the Daily Business Review’s Top Twenty Women in Law award. She is also a past recipient of the Daily Business Review’s Most Effective Lawyers Award for receiverships, and she was a finalist in the medical negligence litigation category. She also received the South Florida Business Journal’s Woman Extraordinaire Award. Additionally, the AAJ awarded Julie with its prestigious Distinguished Service Award, Howard Twiggs Commitment to Justice Award; Marie Lambert Award for leadership; and Joe Tonahill Award for legal excellence. In 2010, the University of Miami School of Law honored Julie with the Alumni Leadership Award, given to attorneys who have distinguished themselves in their careers and who serve as role models for the next generation.