You might be amazed to know how many different companies have your name and other personal information stored in their digital database. You trust those companies to keep your personal details secure because they make up your identity. When companies or organizations fail to keep their records safe, a dangerous data breach could expose you to the threat of fraud and identity theft.

The data breach lawyers at Colson Hicks Eidson understand how worrisome a security breach can be. We can help with your data breach. lawsuit and have years of experience fighting class action cases on behalf of hundreds or thousands of victims. Our office is near Miami, but we accept cases nationwide and internationally as well. In one class action fraud case, we were able to secure $170 million in settlement money on behalf of the victims. 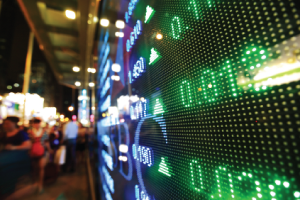 What is a Security Breach? Data Breach Definition

A data breach happens at any time an individual’s name and any other personal information are exposed to the risk of theft or fraud. In the modern age of technology and automated computer systems, this mostly means an incident where someone electronically steals information from a supposedly secure electronic database for the purposes of publication or sale. Identity theft, credit card fraud, and tax fraud are common consequences of data breaches.

Data breach statistics show a total of nearly 800 serious security breaches occurred in the U.S. in 2015, exposing nearly 170 million personal records to theft. However, those numbers are probably just the very tip of the iceberg, because some companies try to correct security breaches internally without ever reporting them. Many companies fear losing profits if customers find out their personal information has not been kept secure. Some estimate that over 70 percent of organizations have experienced a successful cyberattack.

All sorts of companies and organizations may have information like this in digital files. For example, your bank, place of work, and internet provider all have your personal details stored somewhere on a server. Even the local pizza place has at least some personal data on you if you have ever paid them with a credit card or signed up for a free rewards program.

Most of everything is stored online nowadays. Therefore, companies have an obligation to take all possible measures to protect your personal information from exposure. If companies are negligent or careless in doing so, you may be able to hold them accountable for any damages you suffer as a result of your compromised personal information.

How do I know if my information has been compromised?

Hackers use stolen and compromised personal information in a variety of ways. Some of the main indicators that your information may have been compromised include the following:

These are just a few of the indicators that a person’s data has been breached. If you believe at your data has been compromised, you should freeze your credit, notify your bank and credit card companies, and speak to a skilled data breach attorney about your rights as soon as possible.

Responding to a Data Breach

If you find out that a breach of security exposed your personal information, you should take steps to protect your identity and finances. You should consider what information has been compromised when responding to a data breach and act quickly to prevent further theft, which includes:

If your personal information was exposed as a result of a security breach at a company or organization, you may be entitled to compensation from the company breached for any damages that occur as a result. A qualified data breach class action attorney can help you hold these companies accountable for their security negligence.

Data breach law is a brand new area of practice in our cyber age, which makes each data breach lawsuit unique. If someone compromised your personal information, you need lawyers on your side who have a reputation for trailblazing leadership. The legal team at Colson Hicks Eidson has fought and won many cases that were among the first of their kind. For example, our attorneys represented a recent Florida class action that resulted in a $100 million settlement.

Your personal information is important, so you can hold companies accountable if they are negligent in maintaining their security measures. Our data breach lawyers have an office in Florida. However, we accept cases from across the United States and internationally. If a security breach exposed your personal information, contact our class action lawyers for a free consultation. We will explain how you could join a data breach class action lawsuit against the compromised company.