We are proud to hold one of the top commercial litigation practices in the country.

Whether a breach of contract involves an insurance company, commercial business, employment agreement or any other type of situation, a broken contract can result in serious financial repercussions for all the parties involved.

No matter if you stand accused of violating the terms of a contract, or if you want to hold another party accountable for breaching a contract, a commercial litigation attorney at Colson Hicks Eidson can help. Our breach of contract lawyers has experience representing prominent companies and individuals in contract disputes around the world. 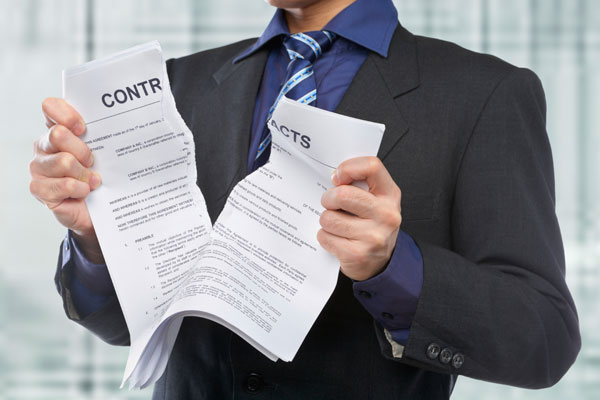 What Classifies as a Breach of Contract Dispute?

Our litigation attorneys understand that each breach of contract case requires thorough examination.

We take a number of factors into consideration when deciding how to pursue a contract dispute and can help determine if you are dealing with a material breach or minor breach.

Damages and Equitable Remedies for Breach of Contract Cases

While legal remedies aim to compensate for any immediate or future losses, “equitable remedies” are court-ordered actions or inactions that the defendant must follow. For a breach of contract case, common equitable remedies include:

Do I Have to Go to Trial for a Breach of Contract? Mediation and Arbitration Attorneys Offer Their Take

If a client wants a contract dispute resolved quickly, alternative dispute resolution may be preferable to a trial. This is also true if the client wants to preserve a business relationship with other parties involved in the case. The likelihood that arbitration or mediation will prove successful depends on how willing the parties are to cooperate with one another.

A commercial litigation attorney considers every angle when working to gain satisfactory resolutions for breach of contract cases. Meeting the needs of our clients is our first priority. Therefore, potential remedies and results greatly depend on how a client wants to approach these issues.

Trial Lawyers for Breach of Contract Disputes in the U.S. and Abroad

Colson Hicks Eidson has a history of success representing clients in breach of contract and similar business disputes. For example, among our most prominent verdicts and settlements is a breach of contract lawsuit against Able Telecom Holding Corporation that resulted in a jury award of $31.2 million.

Our business litigation law firm has an office in Florida. We understand that those involved in breach of contract lawsuits have a tremendous amount at stake. We treat each case with the appropriate urgency and respect it deserves. To speak with a commercial litigation attorney, reach out to us today.