Pharmaceutical giant Bayer is facing nearly 10,000 lawsuits related to Yaz birth control and its sister drug, Yasmin. Several studies have suggested a link between the drugs and dangerous blood clots.

Since 2006, millions of women have turned to Yaz for their birth control needs. Yaz was approved to treat acne and premenstrual dysphoric disorder. Yaz quickly became a top seller for Bayer, surpassing other oral contraceptives on the market by 2008. However, it did not take long for this new generation’s birth control pill to come under heavy scrutiny after numerous studies revealed it might increase women’s risk for blood clots. 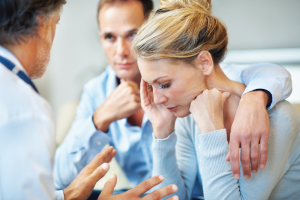 Women who have suffered blood clots while taking Yaz can consult our drug injury lawyers for help recovering their losses. Respected as a leader in products liability litigation, our firm is dedicated to protecting the rights of women who have suffered adverse health effects from this dangerous drug.

Yaz contains drospirenone, a synthetic progestin that has a diuretic effect. Like other diuretics, drospirenone can cause excess potassium to accumulate in the blood, a condition known as hyperkalemia.

Higher-than-normal potassium levels can disturb heart rhythms and cause blood clots, leading to:

Does Yaz Cause Blood Clots?

Is Yaz Recalled or Banned?

Despite growing concerns about Yaz, an FDA advisory committee decided on Dec. 8, 2011, that the drug’s overall benefits outweigh its potential risks, though the panel did vote in favor of requiring stronger label warnings. No mandatory drug recall of Yaz, Yasmin or Ocella has been issued.

Until Yaz and other drospirenone-containing birth control pills are pulled from the U.S. market, our pharmaceutical lawyers at the nationally recognized law firm of Colson Hicks Eidson will continue to stand up for women harmed by Yaz or Yasmin.

Is There a Yaz Settlement?

Bayer has set aside over $1 billion in Yaz settlements to thousands of women who suffered heart attack, stroke, pulmonary embolism or deep vein thrombosis as a result of using Yaz or Yasmin. These cases are being evaluated on an individual basis. Thousands more Yaz side effect cases are still being considered for inclusion in the Yaz settlement.

Our team of attorneys has the knowledge, experience and resources to successfully obtain verdicts and settlements for women harmed by Yaz and other drospirenone-containing medications. We have a long history of effectively handling products liability lawsuits involving both individual plaintiffs and class action and multidistrict litigation.

If Yaz hurt you or caused the wrongful death of your loved one, contact our Yaz lawsuit attorneys today for free, no-obligation consultation.